I always encounter this problem when I want to do some write-up. The problem is when to actually start it. The pen or pencil suddenly becomes so heavy to move on a piece of paper. Or is it because we are no more doing that basic scribling thing that we used to do when we were a child and instead we are now tap-dancing on a keyboard, a skill only recently we learned. But when I managed to overcome that hurdle, the "ilham" comes non-stop and spilling over even in my dream. What a nightmare that can be.

I personally have encountered this malady when I were finishing my study, especially when it comes to write a chapter. My hand seemed to rebel me and have its own thought. But when I received an email from my immediate boss who were so concern about my wellbeing - "you finish it or don't come back", I managed to finish writing the whole theses in one month! What a superb motivation.

In a place where I earn my living, people seemed to be shy away from doing these basic requirement of which writing and publish articles in journals. This has become a common disease now and the epidemic is not only spreading in my place but also in other places also which include our local alma maters, I was told. 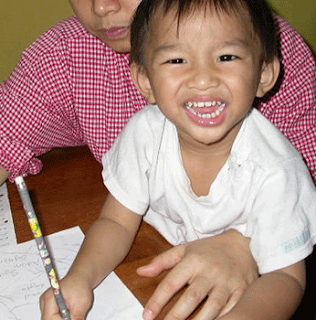 I am however not very surprised at all. Somehow it has something to do with human psychology and also the basic needs. People do things and most of the time they want to be rewarded or at least acknowledged accordingly. But in most instances, this was not the case, at least in the past few years. This has lead to creating a new breed of worker resemble a zombie, where the body live but the brain is dead. This symptomatic disease is so predictable, starting with brain-drain that polluted the system and then people start putting down their pen somewhere else, places like this blog, just for satisfaction.

And the people sitting up there has to learn to recognise the syptoms very fast.
Posted by DrSam at 12:57 PM