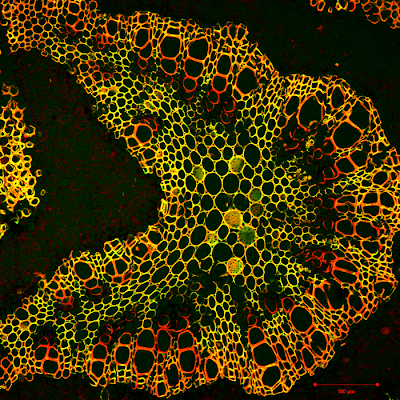 Of late I think I have seen too many rainbows. The rainbows however were not the regular one which normally appear and show-off their glorious colors accompanying the mid afternoon shower. The usual streak of colorful lines in the sky will surely make our day but these abnormal rainbows work the opposite way. They were distorted and monotonous. Whether it was an illusion that lead my eyes to play trick on me or perhaps I was becoming deeply disillusioned by all the insanity created by the lunatics that believed they are immortal. There is no way to tell and no plausible answer to the question. Those are the same lunatics that believed there are gold pots at the foot of the rainbow.

These whole madness somehow had rendered my brain to temporarily idle and at the same time drained out all my creativity. It was not the first time and it won't be the last one either. Fertile ideas got stuck and frozen dead in between my brain cells, unable to thaw themselves and flow flawlessly out as usual. A month of blog hiatus is a testament to this.

Relatively speaking though, I can consider myself quite lucky as my state of mind has not yet reach the level of brain-dead zombie army which is now widespread not only in my own playground but also in the entire Bolehland. Brain drain is not that bad as we can always rejuvenate and re-energize the exhausted cells. Brain-dead on the other hand is a serious malady of a catastrophic level to the whole human kind as the immortal zombies could not and would not think properly. As the brain is dead, they will make decision based purely on instinct sans good judgment.

At the moment I can only presume that my life is going to be more and more interesting from now on. I am accepting the fact that we have to co-exist and reliant to each other. But still there are many who don't want to understand that our life can sometime becomes very superficial. If we think we are smart, look good, rich, powerful etc. there are many many others that are far better than us. The theory of relativity doesn't apply to some immortals especially the zombie army.

I may see many more anomalies in the rainbow but I am preparing myself with a pair of polarized spectacles to pleased my own eyes. At the same time, I will just let all the zombies to continue believing there are actually gold pots at the foot of the rainbow.

Rainbow-rainbow in the sky, kiss them my beautiful good bye.

People usually forgot they live in the world as God servant. Thus the chase the gold pot even though the rainbow is just a spectrum of light.

tiba2 teringat lagu pelangi petang.
:)
seperti banyak yang mengganggu fikiran. wut ever it is, am sure sure u can handle it.
:)

mirachantek,
ha...ha...right on! Even though I am not living in a fairytale wonderland, the leprechauns are rampant.

...in chasing the rainbow...never forget the sweet smell of the green grass.
So i am learning it too.

have a nice day.

its been a while since i came across the word BOLEHLAND hahaha. i think we both are in the same wavelength

been chasing rainbows for the last 30+ years..myself. But foundtis entry a bit out of my depth..
Apa pun welcome back from your hiatus..

Faisal Admar,
Rainbow in the sky is the one that we really love to see.

W. Hidnay,
It is good if everybody got the same wavelength...everything will be easier and we can achieve more.

Wan Sharif,
Not sure if I want to wait that long ayoh wang chasing the rainbow. Got another 10+ years to beat your record. Salute to you!

Rainbows in the sky, rainbows on land, there are for us to appreciate and ponder.

Aslmkm.
Perhaps its age, perhaps its plain wisdom, Alhamdulillah now Im quite immune 2 all d disturbing distractions: squeaky, sickening, or even heavenly ... at most the effects are momentary.
I always count d blessings & seek solace in Allah The Almighty.
So even if I were 2 trip or fall, I could always rely on my endurance.

talking about rainbow. something is playing in my mind.

Aishah,
Rainbow is God-created natural wonder for us to ponder ( and not to be chased)

DDrFauziah,
Waalaikumussalam Kak G. thank you for sharing your wisdom. I am more or less like a mangkuk - tadah je. Anything that comes by is considered a blessing.

The Fusion tea,
A collision that produce a very pleasant effect.