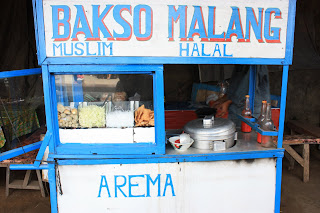 We are made to believe all this while that the whole Indonesian Archipelago is sitting precariously on a long stretch of unstable piece of tectonic plates deep in the ocean. This plates will occasionally shift and react erratically to the unpredictable mother earth mood sway in the same way the full blossom lady does when the moon completes it cycle. The slight change in the mood will cause some seismic activities which in most of the cases we the mortal define it as a natural catastrophe. When the mother earth become moody, everybody will get to feel the tantrum. But what really caused the mother-earth's mood sway? Nobody knows exactly.
Scientifically speaking, the mortals believed that the unlucky neighboring seismic region happen to be on the notorious Pacific ring of fire. That is the impetigo or 'kudis' region of our mother earth so to speak. With that in mind, we also believe that the jutting piece of our Bolehland is spared from that mood sway thus the the nasi-lemak eating nation can take a deep breath and still can enjoy our morning breakfast without the volcanic ashes to flavour our dishes. For how much longer? Again, nobody knows exactly. Life goes on and we hung our life onto assumptions.

Let's drift back and flash our memory back a year earlier. If you still remember, last year's Winter spell in the temperate region had caused a considerably mayhem and an almost freaking Ice age phenomenon was seen in several part of the populated world. London was submerged in thick snow and Londoner for the first time in 60 years was said managed to ice-skate at the Heathrow in order to embark the airplane. The same year, Bedouin in the desert of UAE enjoyed their rare chance to play with snow and desperately learning bob-sledging on the desert when snow fell and coated the desert white for the second time in the whole century. Nobody could have imagine snow would fall on the desert - just like some of our countrymen up north experiencing the big flood for the first time (in 40 years?) .
Absent-mindedly speaking this is good as looking at what is happening around the world nowadays and the way the climate mood sway unpredictably and erratically more often than ever, this has also raised the probability of our Bolehland one day and somehow will be covered with snow and the nasi lemak eating nation don't have to drive to Bkt Cherakah anymore and pay the entrance fee to get into the four seasons glass house just to enjoy the fake snow experience.

In fact when I learned and heard about all the chaotic weather rampaging the whole planet or Ice age made a come back or big wave of Tsunamis swallowed everything on its path and creating havoc leaving behind a trail of destruction or the most recent Merapi that started to vomit its fiery gut out onto the planet inhabitants not far from our Bolehland, I almost certainly believe that our mother earth is really in critical condition. Aging is catching up fast.

I believe all those 'unpredictables' happen partly because we don't treat and respect our mother earth accordingly. Surely our mother earth returns the favour in 'kind' thus we should now start to realize that nature doesn't always plays by the rule. Naturally speaking, nature's going into equilibrium.

Spiritually speaking...do we all see?
Posted by DrSam at 12:44 AM

its either we pretend not to see or just not bothered!

Spritually speaking, End of the day is almost there? waAllahualam..

The big day is coming.

baffled? dilemma of choices? to do or not to do? Things happen because of what we did. I have no doubt its fate by God. But we can DO something to make it better place. May Allah guide his on His path. :)

nottingham,
see no evil, hear no evil, speak no evil...too much 1ness perhaps.

nahmy,
the unseen never fails to see us :)

zafi,
mankind had done so much damage and destruction to our mother earth for centuries. It is only time...

too late to turn back now i guess..
what's done is done..
and we'll just have to wait for the punishment..huhu

Muallim Shah,
The damage has been done, the least we can do is trying to slow the process...

I'm scared Doc.Being reminded this way (what happened & also happening now)by the Almighty ONE.
Time for me to do muhasabah.

Balso Arema Malang was one of my favorite foods here in Indonesia.

MariaFaizal,
Dear sis. We all need to be constantly reminded. It is good to scare and started to reflect back as not everybody share the same feeling as you are (stone je :)