no bother mates, my cuppa tastes better without sugar 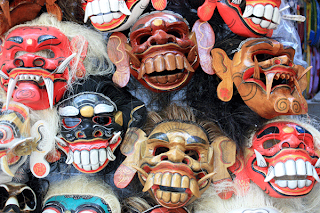 The least, lets stop worrying for a moment. We, the nasi-lemak eating nation had being worrying too much for thousand of years, so much so this is becoming a trendy lifestyle in today's Bolehland. When the Portuguese stumbled upon Malacca en-route their ship joyride across the ocean for example, our forefathers worried they would steal our cencaluk and left us with nothing except a few Mamaks. We almost forgot that we still had the heavenly budu and tempoyak of which can also blast some of us into a palatable oblivion. The Dutch did the same. For all that we know, they left us with a stretch of street in the Malacca town if not pronounced or spelled properly will make some goes bonkers.

We worry about the greedy inflation that will eat our bank account faster than hungry termites ingested our house. Urban folks worry too much on keeping the belly flat with the same intensity the cat-walkers worry about bulimia and anorexia. Rural folks on the other hand worry their sons and daughters do not fancy to stay in the kampung anymore and migrate to the more exciting and livelier city and later turn into mat rempit or minah bohsia. The fear has been encoded in our gene ever since our ancestors roamed this earth more than 6000 years ago.

From time to time, we had been bombarded with countless issues that led us to become so worry. Fast forward into this new millennium, last week exactly on the same auspicious Friday night many of us succumbed to that disease and invoked the ancient gene one more time. On that auspicious night many barang suddenly unceremoniously naik of which the term Barang Naik was coined. Some worried too much to the extend it affected the other barang as well. It was a chain reaction. Once naik it is hard to turun. This is quite worrying for some. This pandemic spread across the Bolehland and we can already seen the multiplying effect took place.

Ever since that pandemic spread, I spent and wasted many agonizing hours staring at the displayed menus in many kedai Mamak looking for the sign of the price hike. We kept being told that Mamaks will absorb the cost due to the price hike of sugar and not to simply allow most of their barang to naik. But there is some evident to suggest that isn't the case. I realized my teh tarik kurang manis tastes the same but the price in some of the kedais is not. However this is not the cause for me to be alarmed. Lets do not miss the plot altogether. This kind of naik is good of all the humankind. It is for the sake of our health. That was what we have been told and the nasi-lemak eating nation contented.

Even when the fossil fuel of which is not a renewable resource in million of years saw the price made to climb the stairways to heaven gradually and elegantly, that should not stir us a bit. We should look at this positively. Perhaps it is the right time to dump our cars and start to cycle like the Dutch and becoming healthy thus live longer, enough to see our grandchildren got roasted by the UV light that leak through the ozone holes eroded by constant air pollution - caused by the fuel combustion. Perhaps we should start to seriously thinking into utilizing the solar energy or other renewable resources like the bio-fuel from the cow dung. It is a challenge and this is suppose to make us more creative, innovative and progressive, ideally speaking.

Yet while I was sipping my cuppa I could not help but start to worry about all the debris floating in the outer space which at anytime can land onto our head. This can happen if for example one of our satellites become haywire, poked by the floating sate sticks left in the orbit by the astro-nut at the International Space Station. Or it could be banana skin left by some clumsy experimental monkeys way back in the 60s, jammed it navigation system and exit the orbit headed straight to our homeland.

Step backward almost 30 years ago, I had another harrowing experience which was even more worrying. Once I experienced having excessive blood in my urine after a break from intensive training and prolong exposure to the cosmic ray in the school sport field. Upon checking by the doctor, the remedy was simply to drink more liquid. That was really a big relief. I could only utter to myself... 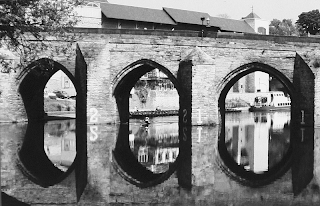 Putting aside the beaches story and onto the football front, the fate of some favorite teams in this year's football world tournament have already been decided. French has been kicked-out from the tournament and even as the president of the French football association resigned, that doesn't stop the team to become Les Miserables. So does the glory of the British empire crumbling down before the mightier Germany and befall the disgrace of a whooping four.

It may looks a bit puzzling at first. Both French and England look like a great side, full of club pedigree but on the pitch they were a shambles. I don't blame them for those disgraceful defeat, as inadvertently both share the same passion in almost similar diet. I would prefer to blame the sluggish French fries and overcooked fish and chips for that really.

While the storm from the South Africa is still looming, the shameful fiasco on Argentina, one of my favourite teams is still hard to digest. Thrashed by the same team that sent the British to pack early was really a harsh reality. This on a second thought, made Engand looks less bad. Perhaps the players had become so overconfident after beating Mexico or having a joyful night karaokeing 'don't cry for me Argentina" the night earlier. Just perhaps....

But what really took my strenght from continuing keeping up with the tournament was the unexpected defeat of Brazil by the cheese-eating people of the Netherlands. Even thought the magnitude of heartbreak was not as bad as the 1982 defeat by Paolo Rossi's hatrick, still I don't really have the mood anymore to sit on my potato couch, rooting for ages waiting for my heroes to make me jump in joys with spectacular goals.

But in the end, that is the reality in football and it is quite unpredictable sometimes. Say this to the hardcore punters though, they will laugh at you without mercy. Since the heat is still on, I would say South Africa will experience the sausage blitzkrieg or the orange tsunami for the first time in their football history. Probably it is the right time for all the losers to ditch their boots for a while and pamper themselves in paradise beaches while at the same time learning one or two tricks from the kakiayam FC on how to play the real football.

Didn't I say I've had enough of the beaches?