A strange concept to consume 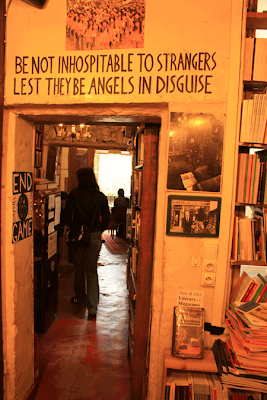 One particular hot afternoon, while enjoying my bowl of cendol tapai and almost oblivious to my surrounding by the cendol's blissful charm I hardly paid any attention to a middle-aged man sitting beside me - doing the same sinful deed as me i.e gorging two bowls of laksa utara. Almost too consumed with the food we hardly uttered any word and carried on to mind our own business. Suddenly the man looked up and uttered a few indistinct words to me. At first I ignored him because naturally I don't talk to a stranger, unless if I wanted to sell some funny products from a direct selling company. But the stranger kept repeating saying the same thing as if to attract my attention.

The stranger: "Hari ni tak berapa bagus lah" (Today it seems, is not a good day). Yes, if you haven't realized yet, the mortal is so keen in labeling everything with adjectives. Just to describe the mood.

Me a.k.a cool guy : "...kenapa pula macam tu encik...langit nampak cerah aje..." (Why is that so sir, the sky looks just fine?) I blurted my first starter line which perhaps sounded a bit awkward.

The stranger : "Hari ni saya rugi...kalaulah semalam saya jual mesti dah untung." (I don't make any profit today...I would be better off if I were to sell them yesterday).

Me a.k.a cool guy : Apa cerita? (What is this all about?) I almost said "Apa kehe", but as cool as you might be, you don't throw a casual line like that to a stranger.

The stranger : "Semalam kalau saya jual boleh untung RM5000, saya tangguh hari ni tapi harga jatuh dan hanya untung RM3000 aje. Rugi betul...."(If I were to sell yesterday I would have gain the profit of RM5000, but today I am getting only RM3000...). My cendol suddenly and superficially tasted a bit cheapo.

A strange concept to me. But that is life and life can sometimes presents us with a number of her own version of paradoxes. It may sounds quite tasty though, but you may have to chew it all and consume it in one go if you want to live by that strange concept.

That conversation is still lingering in my ears until today and something to ponder upon, but I couldn't help myself though, who that guy might be?

Do not hesitate. Go for it. Nanti nyesal.

Gitu kot the moral of the story :)

Eating and lamenting.. that's not good though...

Syed,
You are right sir. I was supposed to enjoy the blissful taste of cendol, but ever since the encounter whenever I visited the place my mind kept thinking of that stranger. Concentrate...concentrate... (on the food)

Have a nice day madam PC!

now and then some people pops out a story which leaves more questions than answers.

i reckon some are there just to spew what's in their mind. or that they like to remind other people of their existence by some out of the world stories.

mizzyN,
as mysterious as it might be, that is the complex world for us the mortal has to unravel.

DrSam,
Guy who had lost his stake(plus his mind:) during extreme bearish stock market? Probably...

Have a wonderful holiday Doc!

Faisal Admar,
Perhaps, the problem lies because some of us don't talk in the same lingo...

I would very much like to confirm your assumption Maria and perhaps I will go to the place today and talk to that stranger-no-more for the assurance :)

Have a nice holiday to you too Maria!