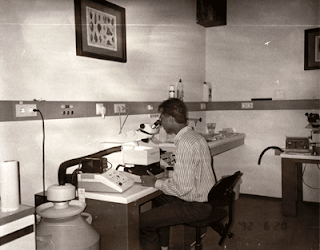 Today is another historic day for me. It was sixteen years ago, I walked through that big colonial door in my office and began my life as a working class citizen. I can still remember vividly, riding my trusty "kapcai" from Bangi to Jln. Ampang. Even though my appearance might look like one of the members from local rock bands at that time, when it comes to handling my kapcai on the road, by the current standard, any "minah rempit" would have laughed like mad at me.

I was just finishing my final year exam and did not even officially receive my holy scroll from the Chancellor. Frankly speaking, I just wanted to get some experience attending interviews, as many as possible, and get used to answering tricky and silly questions that may have caught me off guard during the 'real' interview. The next thing I knew, I received an offer letter a week later . Great.

Since the post was actually some 40 km away from Jl. Ampang, and I was quite new to Kay El, the prospect of wandering into uncharted territories and probably a place for "jin bertendang" had almost put me off. Kota Damansara was still in a blue print at PKNS office that time. But as a young and adventurous kampung boy, I ventured into the street and just follow the instinct. I sidetrack somewhere at Jinjang and got lost in Selayang. By the time I reached the office it was already late in the evening. I was so knackered but still managed to drag my feet to see the boss. Luckily he was quite a supporting guy, a veteran in the scientific community. (Later I found out that my boss was a very punctual guy. Everything must be on the dot. I survived until his retirement day though.) And that was the first day I reported for duty for my first and current job.

A few days ago I attended another job interview. This time from a headhunting company. A lady from that company persistently called me to arrange for a meeting. At first I just wanted to straight away decline the offer and lay on my bed watching Naruto (that time I was still bed-ridden). But then my adventurous instinct started to kick in again. As if the lady knew that chocolate banana cake is my favorite cake, she suggested that we meet at The Secret Recipe, D' curve Mutiara Damansara. It was quite close to my place too. (Even when I write this, my saliva is dripping.)

Since my mind has long being conditioned to respect the time by my first boss , I arrived 20 minutes earlier than her. She turned out to be a 29 years-old-philipino beauty. She introduced herself as Carla. To cut a long story short, she was actually commissioned by one rival company to find a suitable candidate to fill a post, a directorate post. To be frank, being interviewed in a restaurant is one thing, but I did not expect to be interviewed by somebody that was considered quite young , especially for that kind of job position. The interview went out smoothly though, until I mentioned my expected salary should be no less than twice my current salary. I sensed some hesitation in her voice from then on. And the whole package didn't turned out to be very attractive enough to drag me out from my comfort zone. No M5, No flying in a first class, No unlimited spending on platinum credit card and most importantly no quality time left at all for my family. Am I asking too much?

Looking back at what that company has to offer, I have to agree with my colleagues that my current job place is still the best sanctuary on earth. My colleagues call it a heaven . No wonder people do not want to retire and keep extending their services, year after year. 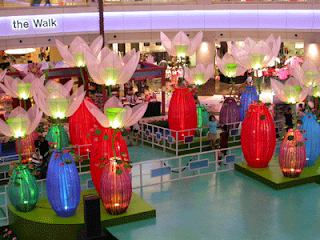 Festive seasons may bring load of colorful atmosphere. I met the headhunter here.
Sorry no picture of Carla as I forgot to ask her to sign a model release form. Publishing a photograph of a person/persons without a written consent may result in civil liability you know :) 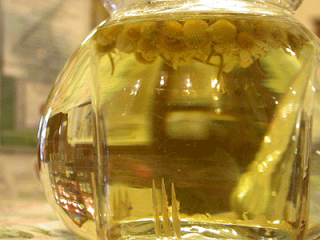 Later that evening, I spent some good time with my significant half. Over a cup of camomile tea we had a chat and good laugh. I have to accept the fact that apart from happiness, money can't buy me my precious time, especially with the loved ones. 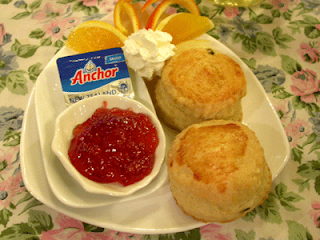 More scones sir! Nope, I am happy with what I am having now.

Email ThisBlogThis!Share to TwitterShare to FacebookShare to Pinterest
Labels: I enjoy what I am doing now.

nice to meet u..
ukhuwwah fillah...
im your newe blog follower and this is my link
http://tyrahanim.blogspot.com

Hmmm.. happy knowing people know what they exactly want.. happy to know that you're back on your feet.. :)

May Allah bless you with more of happy moments in future dalam barakah.. Insya Allah..

It's great to know that you are happy what you having now, your family, your job...

Since the economics are bad and you guys are in the heaven, you should just keep it quietly and happily!

I was once interviewed by someone whom was more nervous than I was, hmmmm.And, I sensed that.

My family & I won't be going out to any mall during festive seasons :)

Have a pleasant weekend Doc!

payarumput21,
I have to. otherwise life will just drifting like a bubbles.

Daniel,
Yes mate. Thanks for the encouragement. The post is cool, but the job isn't.

MariaFaizal,
Have a nice weekend with your loved ones.

little lady,
salam ukhwah too. thanks dropping by.

Zatil,
Just testing the water. But the other side is not much greener than the current pasture.

ujie,
Thanks for the invite. will do. CONTRATS!

DrSam, wish u all the best luck everyday!!

we always expect better for new job, i think it's normall....

..and luckily you head is still 'intact'..ha ha ha

how i wish im at your position currently...

can you get the girl to find me instead?

cabaikering,
got her contact no. you want or not?

ooo...baby do you know what that's worth...
ooo heaven is a place on earth...retro sgt kan

glad to see you're alive and kicking...

Thanks for the tips

You are lucky to love what you are doing now and your work especially. How I wish I can be like you have a secure job, good salary and happy family. What else would you ask when you already have everything?

patungcendana,
live and kicking yes, but hv to take it easy on rocking and rolling. the pain is still holding me back.

Spot on! The demon inside is always strong though.


Faisal,
life is about making choices. Living happily is about making the right choices. Yes you are right, probably I am lucky. so do not afraid to make a decision if you feel it is right for you. I wish you are even luckier than me bro.

Hey... Love t so much that i wrote a poem on it. Don't you think staying in the comfort zone for too long is darkening?

I wonder why... Maybe you can try again.

Teacher,
got this message "profile not availabe" every time I clicked on your avatar (have not encountered this problem earlier)

hai drSam...
im wondering what kinda job do u have?since uve been entitled with doctor so i assume you are...

hey...somethings gotta go if you desire d best for u right??
*n_~

gman,
I let you mind wondering :)

Salam bro...alhamdulilah im doin fine..just busy with work..as usual..there is always a high time. Wahhh what a classic photo you have above...u back to work?

arsaili,
Good to hear from you bro. missing you since the last time we had our "mengeteh" session :)

That photo was actually among the first B&W photos I tried to develop in the darkroom. notice the scrath on top of the photo and uneven chemical developing on the background. clumsy me :)

Yes, back to my office since last week. Luckily I got my new chair on time (the last one was inherited from my previous predecessor - antique). Good for my back.

Hope 2 c you soon bro and wishing you all the best.

hope we can change link..nice to meet u..

Wow...So happy to see you like what you are doing now...I am hoping to be like U too but I guess it takes time for me to do that..

Tom,
wishing you all the best. Where is your poem, the new one?