Only fools wanted to erase their past 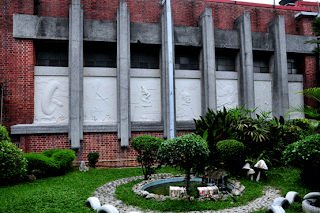 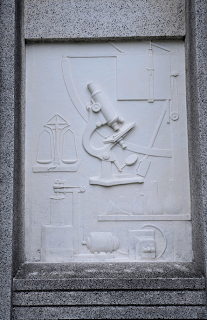 market) is going to be gazetted as a National heritage with its old charm and beautiful iconic art deco of french architecture design from the colonial era. The most outstanding feature that really impressed me is the murals that lined the external wall of the old library (depicting the story of rubber) by an Italian artist Rudolfo Noli. He is also well known for his artistic work on Singapore's supreme court. That was a good move by the higher authority and I fully support that noble effort to add another collection into our national heritage coffer.

Being captivated in an open museum type-of-style and spending my entire adulthood in an almost prehistoric place like that, which dated as early as 1920s giving me ample opportunities to stumble upon many ancient relics from the past. While I am not stationed at Jalan Jelatek, but its main experimental station (set up earlier than the one in Jalan Jelatek) which is situated 35 km away near Sg. Buloh, the chance to step onto hidden treasures is of equal likelihood.

From time to time, during my leisure time in between mixing volatile chemicals in the test tubes and peeking into the intimate world of plant cells, I will scour the abandoned storerooms, old cupboards and cabinets scavenging for the past secrets. Depending entirely on luck and my gut feeling, I may find some interesting items that day. Some have been left unnoticed, collecting dust for many years. And some have been write-offed but left in its original place to be disposed away.

The above photo was a good example of such items in my ever growing archive. The brown and cubical shape box is not my lunch box. No...no...no... but actually a tape recorder. The item is still in a considerably good working condition (if I can find the manual and know how to operate it) but time has rendered the item not so fashionable anymore (and not practical either because it is quite heavy to move it around) and becoming an obsolete electronic marvel. The silver colored and smaller item at the bottom of that big box is its not-so-up-to date successor. Notice the size difference. Everything has become smaller these days (except men's greed). Some of the artifacts are still not being 'cataloged' yet especially the written documents, old manuals etc. (though most has been sent to our National Archive).

So it is quite natural for me to almost puke and empty my stomach in a nearby dustbin when I read not in disbelief, but in sheer disgust by some nickampoo out there (alamak... some could be my distant relatives) with their destructive and inconsiderable behavior. As many might already known, a nickampoo may behave like a monkey, and monkeys never appreciate anything even 'bunga tahi ayam' (as in jangan memberi bunga kepada monyet).

I don't want to write in lengthy on the subject matter as others (Abang Awang Goneng, Adik Ahmad Ali Karim, Adik Aiman Amani, here and probably many others.) have really done one good job in conveying the important message to the whole world and pleading everybody to help not only the keropok lekor-eating nation but our country as a whole in preserving the remaining heritage from their premature extinction. Insyaallah, I will do my small part (sending appeal letters - already compiling the list of recipients, campaigning, soft-talk to some old-buddy-now-ADUN friends and of course the doa).

It is very easy to build new buildings and big monuments, but almost impossible to create our past. The best is to preserve it! 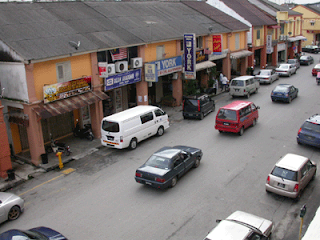 The much talked about row of heritage shop lots that is now close to extinction (photo was taken from the opposite Kedai Payang's car park in 2007). I have many fond memories here. Kedai buku Alam Akademik (previously and famously known as Kedai Pok Loh Yunang) is where I could spend many hours browsing the books whenever I go to 'Kuale'. I got my first Enid Blyton's from this bookstore and straight away fell in love) 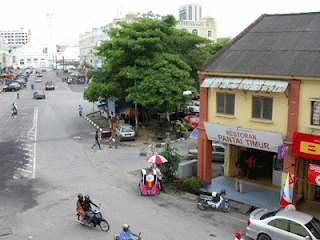 Another view of the same row. At the far side of the photo is Masjid Putih (not very clear in this photo as it is so putih and blended well with the sky/background).

note : photos of murals are courtesy of En. Salim Hamid (our in-house photographer)
Posted by DrSam at 11:44 AM

Email ThisBlogThis!Share to TwitterShare to FacebookShare to Pinterest
Labels: The evil that men do

Not that I want to brag about our neighbor-country goodness, it just I like what Singapore did to their old building. Amazing!

Yeah, some people deserve to be call monkey. They just didn't care that what they are destroying is really their treasure. Stupid!

I second to Pak Awang Goneng, it is sad to see what happen to this kerepok lekor nation. Like Pak Awang motto 'doh nok wat guane' if I'm not mistaken.

My doa for your effort Dr.Sam.

CAHAYA,
No harm in learning and adopting good examples. But some are just don't want to.

Dr Sam, it quite timely that you post this entry for yesterday, I visited the Cabinet War Rooms in Westminster. Yesterday marked the 70th year the war bunker that was used by Churchill to hold cabinet meetings. I was /am amazed that every little thing, papper clips, old telephones, books - were all kept as it was. The old chair that Churchill sat in while chairing the meetings, still has the scratch mark on the armrests - showing how tense some of the meetings were. I was/am amazed at the habits of the British to preserve all these. Walking inside the rooms, under the streets of London, one could almost imagine the hive of activities, as important life changing decisions were made while the area above were bombarded. There were still some veterans who worked there, who came and tell their stories. It is just so amazing - and yet, if this place is in our country, it'd be gone by now replaced by some tall buildings.

Kak Teh. Good opportunity you have there to visit that historical site. Yes, British has this passion and love to preserve their past. We were ruled by the British once, but that was one thing we'd never learned from them. Good and strong nation learns from their past mistake and built on their past strength.

We are still long way in that sense. Not to have any passion in any of those heritages is one thing, but to add insult to injury is to erase the history from our book of life. That really saddened me.

I like the old RRI building too, Doc with the huge trees in the compound. Glad they are going to turn it into a national heritage. Dengar cerita ada penghuni2 lain dimensi bermastautin di situ hehe

Let's just preserve the beautiful heritage only, shall we? : D

Let's bury the bad ones that simply oculd cause commotion or discomfort (view-wise etc..)

Good or bad, we could always learn something from our past.

Zendra,
Some of the original trees are still in the compound until these days. Penghuni lain tu mungkin si Wickham atau Ridley kot :)

MariaFaizal,
the problem with 'these' people is they don't discriminate - good or bad is the same. For them anything that is old is a good one to be put away forever.

Have a blissful Ramadhan to you and your family too.

We human love new things and tend to throw away the old ones, don't we? I have just thrown away some stuff that were no longer relevant to my life. It is normal to do that. Hanging on to history is good sometimes but we have to learn to let go.

Teacher,
It is normal and quite logical for some to trying very hard not to remember the bitter past. But anything that is consider a 'dirty past' should be put in the bin.

Entahlah... kat sini macam tak value je historical stuff... it was just not in KT, but in many other places as well.. little did we do to cherished it.. if it does not have any commercial value.. then it'll be bygone and forgotten...

PerantauSepi1306,
Mungkin kesedaran tidak/kurang diterapkan tentang nilai sejarah dari awal. Yes, we are so blessed to have many such historical places, but need to be preserved for our future generation to cherish.

Thanks too for spreading the words.

Keep going and help support us.