Are we not one happy nation?

Let's get straight to the point. Happiness can be measured. That was what the researchers at the Gallup world poll did or at least what they thought recently. They actually managed to quantify one of our innermost intimate feelings based on some criteria of which they believed had a direct correlation on the way people feels.

So where are we on their happiness list? According to the Forbe's list (to prove I don't make and mess things up), our blissful Bolehland ranked 94th out of 155 countries surveyed. This is not surprising at all. The uncontrollable hair-raising cost of living, unnecessary-never-ending polemic and rhetoric by those who are supposed to look after the one who are paying their salary, no bonus for the second consecutive years for the government servants and even the never-ending cutting down of trees and land clearing of which became the catalyst to the global warming might be the reasons why we are considered a less happy nation. 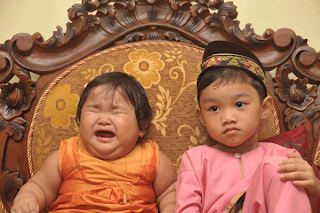 ut what surprised me most was our neighboring country, the close relative of tempe-eating nation ranked better than us. I am still struggling by the way how to figure out and digest this fact. The only simplistic explanation was the tempe itself. It is an easy and simple food to prepare but yet very rich in its nutritional value. Just like the tempe, they led a very easy and simple life but yet very contented. Or perhaps they are the one who coincidentally caused so much headache to us that led the nasi lemak eating nation falls below their happiness level. Maid problem is one of the culprits that caused constant headache, as far as the people who suffers maid-deficiency syndrome is concern.

How about the Banglas? They seem to be happier than us too. Their almost submerged country is relatively poor but yet they managed to siphon out millions of ringgit back to their country which at the end of the day manage to buy them their own-version of happiness. And don't forget their natural jolly good nature especially when it comes to flirting and courting our 'gedik' local anak and mak dara.

This list however is still debatable. If you notice, most of the nations which dominate the top list are from the temperate regions where people lives in refrigerator and enjoys their happy hours (HH) from dusk till dawn. Naturally they are cool people. I believe hot and humid tropical weather somehow made our hard-working and fun-loving nasi lemak eating nation sweat a lot. That doesn't help much as the sweat caused us to become slightly agitated and when we bump into each other, we are forced to smell the unpleasant body odor of which lead to the sudden changes in temperamental attitude. Worst still if the survey was done during these odd hours, of which I suspected in the first place. Another simplistic explanation.

The bottom line is, we can actually decide our own happiness. If we mind our own business and talk less about others, that will slowly and surely lead to happiness. This last paragraph however has nothing to do with this entry and that is exactly what I have been struggling to do and practice for the past few days.

I believe as long as we are free of envy, we are happy!

we must be happy for what we are...

DeLancrettLurpak,
That is one of the secrets to happiness...

If we can be impervious to what they are doing to our bolehland.. I believed we can be very happy.. somebody said happiness comes from within.. or is it you determine whether you are happy or not?..
Ayoh Wang happy sokmo sokmo..

I love tempe... kalau ada kedai makan nasi campur jual tempe goreng dgn ikan bilis, sure I amik...
until I was told that both these stuff contribute to my gout problem... ouch..

Tempe is the good example Doc.
:)

Wan Shariff,
Agree Ayoh Wang. the choice is ours. If we want to be happy, make sure others surrounding us are also happy. It it easier to achieve this with a good and happy two way communication.

aliff muhammad,
Not so long ago, somebody sent me this chain letter. It was about guidelines for happiness.
1. Free your heart from hate
2. Free your mind from worry
3. Live simple
4. Give more
5. Expect less.

Yes, live simple (probably eat singkong) is one of them.

oldstock,
that is really simple indeed. You are already in the right direction and the pathway to happiness is not so difficult after all.

ReActivate,
Thank you for sharing your own version of personal happiness. That was very enlightening indeed. Throughout our live we surely have our own share of happiness. Cherish it.

Encik Ariff,
Tempe is good. I don't quite like it but I know it is good.

Look at what tempe has done to one exMB? happy what, muka cun melecun.

I can't agree more with what your friend has once told you that, in order to be happy, one must be able to

Blame it on the weather Doc!
Stuffy weather made Malaysians get angry easily esp when we're on the road ha haa...

I'd istifar a lot nowadays as my age catching up when i'm on the ride:) compared to those time when i was much younger - i just used sign language and words that are not printable here :P

However, I am happier now that I have someone & lil' people to come home for *wink2

3yearshousewife,
Ha...ha...tempe can beat botox anytime. Is that what you are trying to say??

Temuk,
WSM Temuk. Syukur concept we really have to grasp and understand well. Happiness will come naturally if we contented with what we have.

MariaFaizal,
Malaysian driving behavior and attitude need to be addressed well. People can change 360 degree the moment they are behind the wheel. Sabor je le...

I love tempe too.I like your blog, Do drop by to my blog too...I hope we can be friend.

thank for dropping by and left your nice comment here. Hope to hear from you again.