Thank you Zionist for uniting the world

The truth is I don't really want or very keen to write or talk about zionist laknatullah (or their evil cahoots). The more we talk about them, the more arrogant they would be. In fact it would boiled my blood up just thinking about them and this is not good from my health view of point. Their cruelty and inhumane acts are unforgiven and so disgusting. While at the same time I am quite reluctant at first to contaminate this blog with upsetting stories and gross pictures of dislocated human limbs as this would probably make some feel uncomfortable or having sleepless night for days. But their sheer bloodlust for innocent victims really annoyed me and so disturbingly blatant. This is purely atrocities of the devilish crime. Stink to the highest heaven. I would rather bath myself in budu rather than to just sit and do nothing about it.

The recent tragic event on Marvi Marmara has clearly demonstrated to the world their true color and proven their evil intention. It was really a shocking news to our nasi-lemak-nation and to the whole world population. In a way that single event has managed to wake up and unite vast numbers of world population who have been in deep slumber for so long. But I am least surprised myself. What do you expect from this nation? A nation that has been condemned by Allah S.W.T. A nation who disregard others right, disrespectful to others whereas peace and harmony is not in their daily vocabulary. This nation is not fit to be called a nation in the first place.

Zionist will be a Zionist, no matter how hard one is trying to justify that barbaric acts and atrocities. We are accountable to what we do or say, more so if what we do is absolutely wrong. Those atrocities shouldn't be condoned and let diluted with time or camouflaged with cover-up stories that will surface in time to come. Serious and stiff action should be taken, not to teach them but to show our support, unity and determination to instill justice.

I would strongly support any effort in showing our discontent towards that unacceptable behavior. Lets us boycott any products or companies that have any direct or indirect connection with this Zionist laknatulllah. The list of associates were already published in many blogs (even last year the same effort was called upon). Some companies or products may well disguised as unsuspecting and innocent labels, but the stinking smell is so strong they will finally be revealed.

Some of these associates are big and multimillion companies, but I strongly believed if we as one nation work together and do it seriously, continuously and with istiqomah, a small dent in their pocket wouldn't be ignored after all. Lets do it together guys.

Thank you Zionist for uniting the world and thank you again for giving the people of Gaza or the Mujaheddin the rare and sought after chance to be a martyr. But still I would pray that you and your evil cahoots would be sterile for life. Nope... on a second thought, impotence would be much better.

(Below are the photos I received from a chain-email. I am at first contemplating as to whether to share this photos with others or not, but finally give a go in hoping it will give us a moment to reflect that life is so precious) 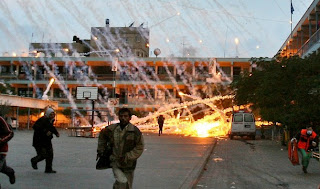 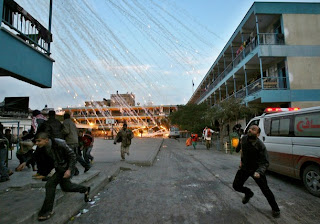 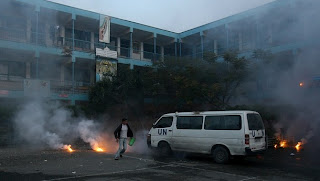 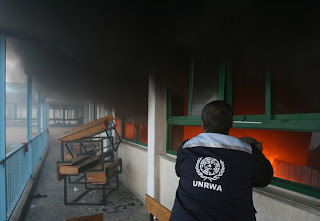 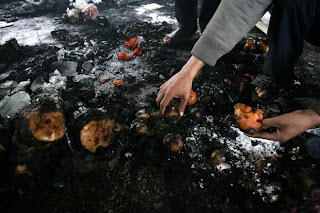 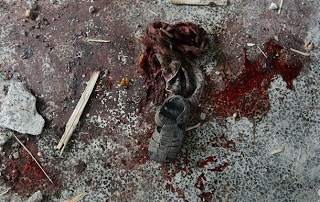 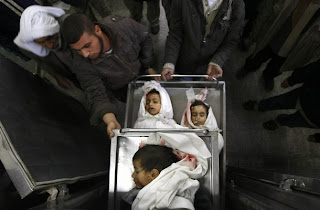 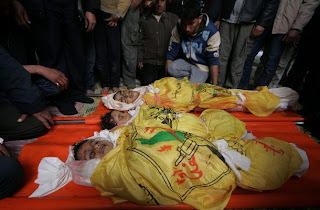 Email ThisBlogThis!Share to TwitterShare to FacebookShare to Pinterest
Labels: Is Zionist a blessing from God?

There are the strong three countries Israel, US and England.. then there are European supporters who believe Israel is the last bastion to stop Islam from coming their way..
We have to have this in our mind when we do any business transaction.. even if we can not boycott them all..
My 2 cents thought..

Wan Shariff,
...and don't forget Egypt. The pharaoh spirit is still close to them. Personally, I am not that convinced with the lukewarm effort from the Western counterparts. Agreed with you. At the end, the Muslim world has to unite and take stern action against Israel (and their cahoots) and not to always 'begging' to others for mercy.

yes, ironically they are uniting the world. Let us all pray that sufferings would end very soon..

Sally,
I really hope, the world and her inhabitant who love peace and justice would be united forever.

i really can't wait to see them die.

Is Zionist Blessing From God?
I know WorldCup is.Sadly that during this WorldCup, people might have 'forgotten' what's going on in Gaza. Thank you for reminding us about our brothers & sisters who s fighting for their lives every single second.The Cup means nothing compared to their sufferings.

Faisal Admar,
There is a saying...only the good dies young and the evil will live forever...(so that the evil has more time to repent)

MariaFaizal,
Every times there are issues that need serious attention from the wold, new cover-up stories will pop in...history had proven it many many times.