During the Vietnam war (1959 - 1975) it was estimated over 1.1 million war casualties. I am not sure though, how they came about with the figure and who did actually do the survey, but we will never get the exact number. It was just an estimation, stipulation, assumption etc. Who's on earth would want to wade the raging war and count the bodies anyway. How to count bodies that has been blown into pieces, burnt and look so similar like charcoal, buried in unmarked graves enriching the soil and migrating to Hollywood selling Bun cha or Chinese dim sum? But the number is quite a phenomenal and gross in a way. In the course of the war, it was also sad to see many innocent civilian fell into the statistic.

Back in our mother land, we are not shy to say we share the same feeling with these people once popularly known as the "boat people". The war come at the end of every year and bring a lot of sorrow and agony to those who lost the battle, especially to the unsung heroes. It is such a vicious cycle. The stressing effect of this battle will be felt most by the people who work in the government sector. Most will definitely lost the battle because they are in the lowest of the ranks which is the rank of a servant. In our mother land we call this war, The War of Supremacy, Kasi and Takasi or SKT in short. Those who fought fearlessly throughout the battle but at the end were forgotten and not awarded with the highest accolade such as "Anugerah Cemerlang", of which similar to the Purple heart medal, will suffer the most. People who lost but survived this war will have this superficial withdrawal syndrome. This syndrome if not addressed and cured fast by the high ranking officers will go through the apoptotic stage and finally the natural death. Sad and so tragic. 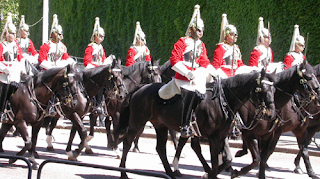 I choose to talk on this issue because the war is just around the corner. Rumble in the jungle is so close and intense that I can already feel the heat on my face. And I have seen some casualties already. I can understand how the poor fella SKT 84 feel, because I have walked the path before. Funny thing is, this war never failed to give 5% of the population with the reward, a quota that only the supreme commander has the final say. It seems quite a pathetic because in this modern warfare, if we want to win the battle, it has to be a collective effort. How on earth the supreme commander can limit and distinguish between bravery, ingenuity, fearless, intuition, leadership, intelligence etc. from his entire battalion. It doesn't make any sense at all. Unless the guys up there has no brain or has the brain but the size of a peanut.

As I am considered a veteran, and into my 17th. years of the battle, this coming war is just another campaign that I will face, stand my ground and adapt a new strategy each time, to keep alive for a bigger and more challenging battle ahead. But if i ever win the war, I will bath myself in vanilla icecream for months, with chocolate topping as a scrub.
Posted by DrSam at 11:12 PM

Wow......pasal SKT pun boleh bawa cerita pasal perang....dasyat......but I agree with you.......SKT 84 A.K.A ocwmay1717. I have to agree with you that eventhough we are hard working, high output and all the good qualities but somepeople just deny ur work. I wish them have a good life and live happily ever after....if God allow.

uikss....'I will bath myself in vanilla icecream for months, with chocolate topping as a scrub'...bernazar ker apa ni drsam..ehehehe