Now even rubbish is a good commodity

These days if we read newspapers, listening to the radio, watching News and browsing the internet, one thing that won't escape our attention is headlines on economic crisis, credit crunch, oil price fluctuation and our government encourage us to spend more in order to give some breath to our domestic economy. This issue is more popular than the other important and glamorous issues such as artists caught for close proximity and the actual reason why there won't be any brand-new Dato' in selangor this year. This pertinent issue on economy was discussed by high ranking politicians who doesn't even know how to distinguish credit crunch and cocoa crunch and as well as our ordinary kampung folks at warung kopi.

I am neither an expert in economy and the cycle of it, nor I am a self-declared financial analyst, but I am very sure everybody (everybody here translates into ordinary Malaysia citizen who works their sweat and blood to earn a living, and not the few privilege ones like the Jutawan Sektor Awam) is suffering one way or another. Maggie mee is becoming very popular and catching up fast into becoming our national delicacy. I know one of my close friend who is now doing the "Jihad" in the Land of Kiwi, who has to sell his beloved sport car barely after one or two months owning it because of this crisis. He told me, even the ruminant grass now look very tempting! 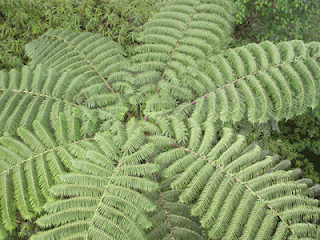 Recently I met an old friend who is planning to do her postgraduate study. The last time we met was during our compulsory course "Kursus Induksi Umum 2/1993". The course was now a history presumably because of its high succes rate in converting innocent "mat/minah skema" into young hippies who challenged everything that doesn't fit into their dictionary.

Among the thing that we discussed was the subject of her study - which is totally rubbish. Yep you hear me right. Rubbish (sampah sarap) is proposed to be circulated as our future currency. How it is going to work, we have to read her theses then. That is however quite a noble idea considering others are selling our fresh air like mad now in a practise they call "carbon trading". To understand what is carbon trading and how complicated and sophisticated the process is, this time you have to digest the Kyoto protocol.
Posted by DrSam at 3:50 PM

go maggi.. luckily i included it into my bag.. saves my life at times...